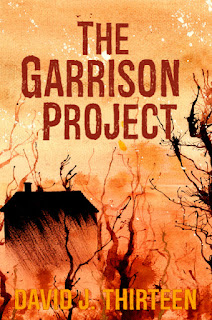 No one knows more about urban legends than Molly Heyworth. She’s been studying them for years, hoping to discover a story at the moment it makes the leap from a real-life event to a macabre folktale. When she comes across the Garrison’s video blog, Molly believes her search is over.

The tapes begin with a young couple fixing up their dream house, but events take an eerie turn when a hidden room is found where no room should exists. After the discovery, their home improvements fade into the background as accidents and family tragedies take centerstage.

The videos create an intimate window into the couple’s fracturing relationship and Molly is unable to turn away. The more she watches, the more she sees herself reflected back on the screen. But as she examines every frame and pixel, something is gazing back at her from those captured images of the past — something seeking a new victim to prey upon.

From the acclaimed author of “Mr. 8” comes a new novella that twists found-footage horror into an exploration of obsession and the terrifying need to find meaning in what we see. The Garrison Project is a contemporary ghost story as only David J. Thirteen could imagine. 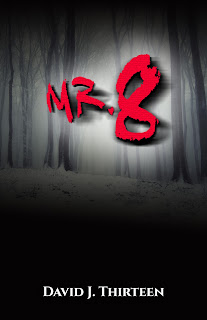 Psychology professor Denton Reed has been pulled out of the classroom to find a killer. Bodies are turning up all over the quiet town of Bexhill. They are found dismembered and burned beyond recognition in a snow covered farmer’s field, by the abandoned mill, and under the train bridge. The only clue linking the victims is the bizarre figure eight patterns left behind in their homes.

Denton must use his unique profiling techniques to uncover the murderer, who the police have dubbed Mr. 8. The deeper he digs into the mystery, the more apparent it becomes that nothing is as it appears. Each of the victims was seized by dark obsessions and inexplicable changes in behavior before their deaths. And they may be even more dangerous than the killer.

As a wave of insanity sweeps the town, Denton will risk his own life to get to the source of the madness and risk all to protect the woman he loves.

But is it already too late? 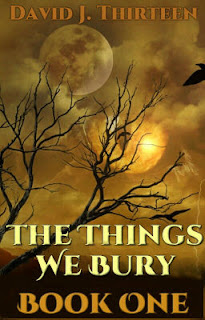 The Things We Bury: In Anticipation Of The End Of The World

In the spring of 2012, the US government captured a creature that wasn’t supposed to exist. Faced with a being of myth and nightmares, they built a secret facility half a mile beneath the earth to lock it away. But the scientists and caregivers charged with observing this monster have been selected because of the control the government has over them more than their skills. Every one of them is emotionally damaged or morally ambiguous, and they are so consumed with tragedies from their past they barely notice the humanity of the monster or monstrousness of their own actions. And as they seek redemption for their sins and failures, they are completely blinded to the machinations of the sinister corporation plotting against them all. 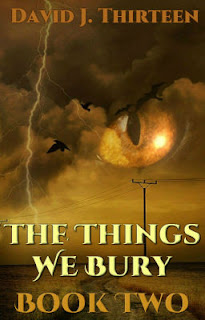 The Things We Bury: No Big Apocalypse

It has been four years since the government captured and imprisoned Amy Westgate, after she massacred her family one moonlit night. She has grown up inside the secret laboratory known as The Music Box, where she has existed in two small rooms: a bedroom for when she’s human and a steel pen for when she isn’t. At the age of sixteen, knowing almost no other life, she is content in her insular world. The team of researchers headed by cryptozoologist R.J. Blass have grown close after the attack on the facility that nearly killed them all. The Music Box is their world too and their old lives are just as forgotten as Amy’s. But when the government orders an end to the project, loyalties will be tested and old wounds will resurface.