Tales of a De-Published Author (Part 2) 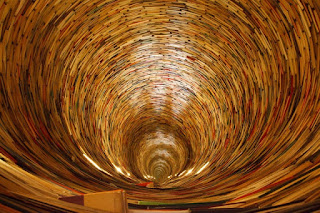 It has been a week since the announcement about Booktrope closing their doors was sent out to their community of authors and publishing professionals. A lot more is known now than seven days ago. Information has been flowing out in a flood after the initial, worrying trickle. Booktrope has not issued a press release concerning their decision to terminate operations at the end of the month, and they have stated that they will not release one. They have given a very precise account of the state of affairs which led to the decision to their community, but I'll respect there wishes and keep it confidential. For a public statement they are pointing people to an article on Geekwire, even though they say it was written without “any input from Booktrope.”

On Twitter, the hashtag #BooktropeSuvivor has been gaining popularity as the members of the community reach out and share their feelings and experiences in this challenging time. I’m not alone in blogging about it. I have read several articles from authors and in one case editors affected by Booktrope’s decision. Reactions very widely. Some writers feel biter disappointed. Others sadness, one blogger compared Booktrope to Camelot—too good to last. In Ally Bishop's in depth blog, they talk about how they saw this coming and that the business model was never a viable one.

There is definitely a divide in the community, which has been exasperated by the stress of the situation. Some writers always saw Booktrope as a family. Some never did. Personally, when I signed on, they were growing rapidly and the dozen or so employees weren’t enough to offer personal service to the hundreds of writers in their stable.To me it was very much an online publishing service. Read the PDFs, follow the checklist, and only contact someone when there’s a problem you can't solve on your own.

But just because Booktrope was never a home for me, doesn’t mean I have anything less than complete sympathy for its employees and owners.This must be no doubt harder on them than those of us with books in the game.This is their vision and livelihood that’s ending.This is the business they put blood, sweat and, tears into that's closing. This is hard for me as one of their writers, I can't even imagine what they are feeling.

In the mass of bulletins and FAQs, Booktrope has been sending out, they are encouraging writers to self-publish or find a new publisher for their books. Since there is little that they can do to help authors find a new publisher, most of the information has been oriented toward flipping the books back onto the market.

There is certainly a strong incentive to do so since the author reclaims Booktrope's 30% of the profit and very little work is required. The major downside to it is that the author has to shoulder all of the self-publishing expenses. And they have to front this money on books, which are not receiving a launch buzz or are in anyway are expected to perform differently in sales than they are today. For books with steady sales, this makes a lot of sense. For others where the sales are flat, like mine, it is a harder choice to make.

To get the book back up may cost anywhere between fifty up to four hundred dollars or more. I haven't had time to do the research to know exactly what I'm looking at. If it's fifty bucks, then it's pretty easy to swallow. If it's, say, three hundred, that's three-hundred dollars that would likely take years to recoup, if it ever does.

In my earlier post, I made a big deal about continuing the profit sharing with my editors and designer, but upon further reflection, I have come to realize that would only be an issue if sales were outrageously good. And if they were, I would cheerfully cut the checks. So I no longer see that as a drawback. But there is still an attraction to doing a full rewrite and re-launching a brand new addition. At least that would put a better product on the market and perhaps hit the reset button on the whole thing.

As far as finding a new publisher goes, does anyone know of a publisher willing to put out a previously published book, which had lackluster sales? And a publisher that would actually be more beneficial to sign with than self-publishing? If you do, I would love to know who they are.

There are still twenty-four days until Mr. 8 is pulled from the shelves. The only decision I have to make in that time is do I want to try and self-publish it and have it up in early June, to minimize the time it's off the marker, or do I wait.

I'll keep you posted on that decision and on anything else I learn.