The making of: The Garrison Project 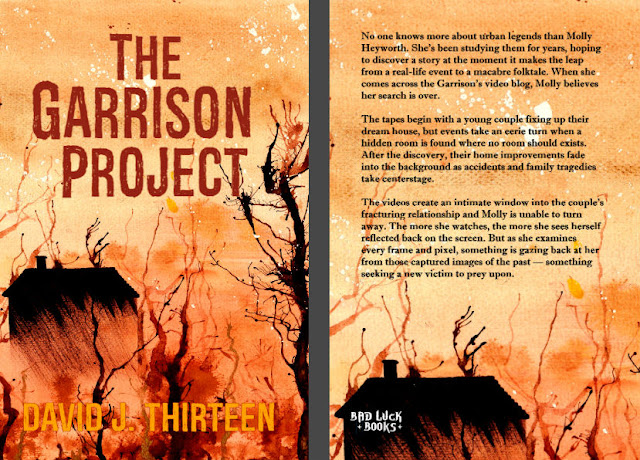 I still remember: I was standing in line at the Toronto International Film Festival, when I received the email from Wattpad. The crowd and the street noise fell away as it sunk in that they were asking me to write a story for a Paranormal Activity promotional campaign. Standing there hastily reading through the details on my phone, I knew there’d have to be something horrifically unfair in the contract to refuse. It hardly mattered that it was an incredible offer or that it would be my first paid writing gig, the idea forming in my head was a story I wanted to write.

The offer came in on Friday evening, which gave me the weekend to flesh out the concept and submit a proposal and outline on Monday. What followed was a frantic three weeks of writing and editing the colossal fifteen thousand word tale. Colossal, if only for the short amount of time I had to complete it. I was used to posting something new to Wattpad every week, but this meant  tripling my normal output. All while working against a strict deadline.

Looking back, it seems like a fever dream. Personal time vanished. It was a continuous chain of write, edit, and repeat. There was a trip to visit family back home, planned long before this job came up, and I brought my laptop everywhere, writing in the hotel room, coffee shops, my mom’s dining room table. As hard as it was, it was also exhilarating. When the dust settled and it was done, there was an immense sense of accomplishment and a great deal of pride for the story I had in front of me.

I’m sure most of you have seen at least one of the Paranormal Activity movies if not all. This story was to be a tie-in for the sixth installment in the series, The Ghost Dimension. My contract specified an original story containing certain details such as found footage, a family, and demon possession. But the “original story” part made me take a big step back from the films. It would be far too easy to slip into imitation if I wasn’t careful. So I needed to take those elements and take them in a different direction. Make them my own. 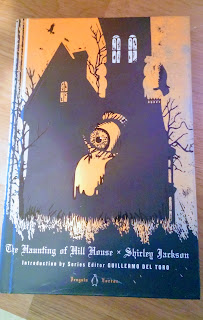 As it happened, sitting on my bedside table was the Penguin Horror re-release of The Haunting of Hill House by Shirley Jackson, containing the incredibly insightful essay, Haunted Castles, Dark Mirrors by Guillermo del Toro. This is one of the best essays on the subject of classic horror out there ,and along with the six books it accompanies, it has the makings if a great college literature course (or two). On that first weekend, as the story of Molly Haywood was forming in my head, I went back and reread del Toro’s words. In the process, The Garrison Project become an homage to all the ghost stories I love so much.

The opening scene with Molly in the Italian restaurant reciting urban legends with her friends is my take on the "club story,” the classic setup of so many ghost stories, including Henry James’s The Turn of a Screw. And any Hill House fan will notice Molly channeling Jackson’s Eleanor on more than one occasion. There’s also a nod to The Shining as Molly’s obsession gets her watching the tapes frame by frame and diagramming every movement, much as people do in Room 237, the documentary about fanatic viewers of Kubrick’s film version.

In the milieu of the ghost story, I found a perfect outlet to examine some of my favorite bugaboos: perception (and its child interpretation), obsession, and the horrors we are all capable of with the wrong motivation.

It’s a year and half since the October when The Garrison Project was first made available on Wattpad, and here it is again — the same but different. Although I was happy with the finished product, there were some things that could have been improved. For one, the ending was too abrupt. This was the result of coming up against the contract’s word cap in the eleventh hour and not having enough time to re-work the earlier sections to create a better pace. Another issue was the Garrisons weren’t in it enough. They only appeared in four scenes and although those scenes were critical, they failed to give the sense of a continuous presence that was needed for the story. And then there was the editing. As much as I tried to make the submission to Wattpad perfect, there was only so much that could be done in that tight time-frame and with only one set of eyes. This new version goes back and fixes those problems. New scenes with Molly and the Garrisons have been added and the whole thing has been extensively edited. I went through it so many times, I began to feel like Molly in her re-watching of the videos, loosing track of what was the beginning and what was the end, as it looped over and over again during my revisions.

I also brought in professional help and was very lucky to get Monica Kuebler to edit the manuscript.

Monica is not only a friend but someone with extensive experience behind her as the onetime owner and editor for an independent horror press and as a current contributing editor for Rue Morgue magazine. She also runs the not to be missed blog, Library of the Damned. Monica not only cleaned up all the little messes I missed, but she pointed me to the things that weren’t working, the passages needing more love, and sloppy crutches all us writers go blind to in our own writing.

The new novella version of The Garrison Project will be released in both print and ebook on June 23, 2017 at pretty much any online book retailer you can name. If you’re interested in receiving a free advance reader copy (ARC) of the ebook, in exchange for a fair review, please contact me at DavidJThirteen@gmail.com.